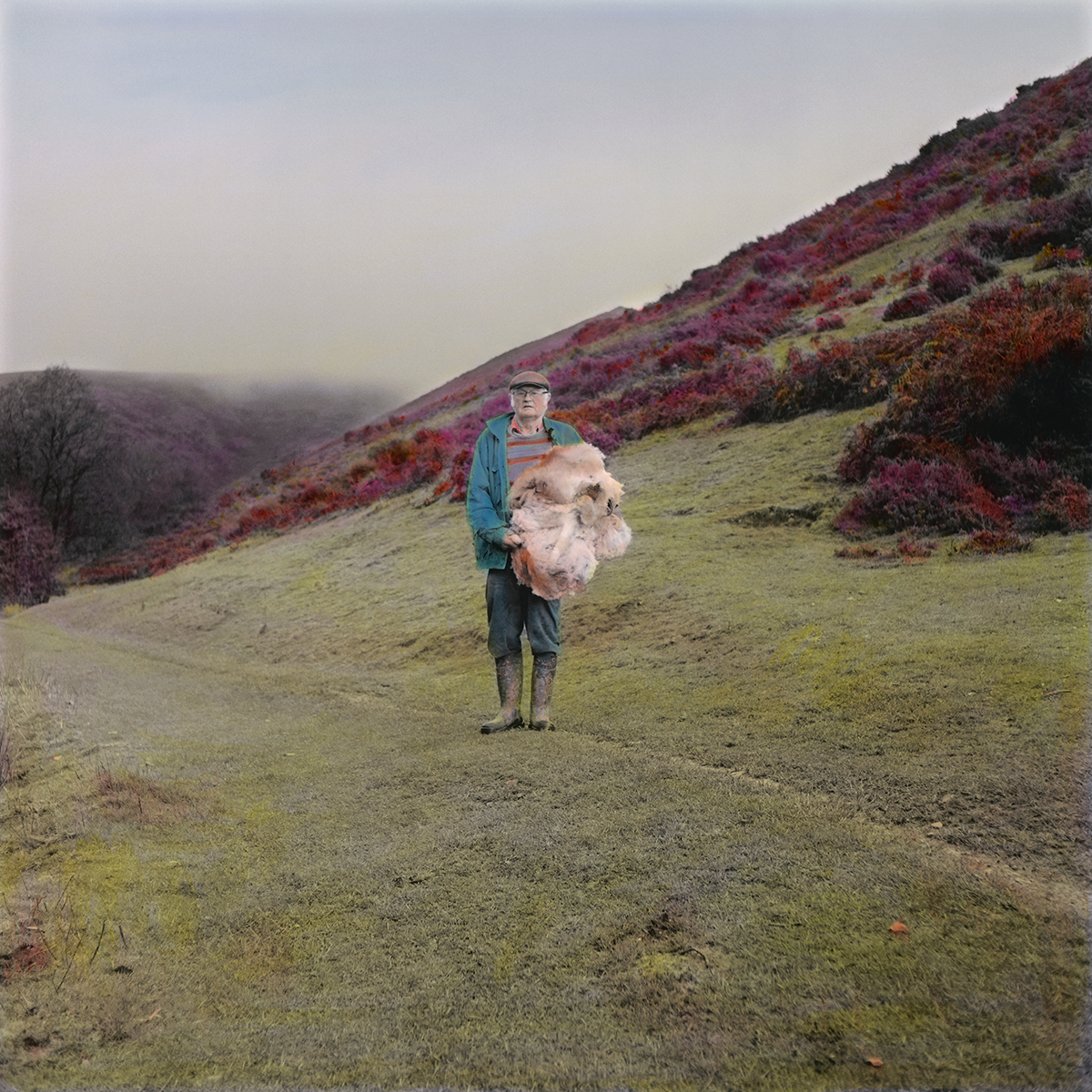 MONUMENT TO THE VANQUISHED (after Albrecht Dürer) | ENCLOSURE ACTS is a project by Leah Gordon made in Shropshire on and around areas of common land.

Enclosure describes the legal process, which primarily took place between the 16 th and 19 th century, where common rights over land were terminated and common land converted to the exclusive property of a landowner. This project starts from a belief that a deeper understanding of the process of enclosure, along with the industrial revolution and the American and Caribbean plantation system, is essential to a critical understanding of the systems and politics that we inhabit now.

Leah identified the small pockets of common land that still exist in Shropshire and photographed people who still had common rights there. She interviewed them about their personal stories, commoners’ status, and explored the history and local myths of the land. These stories provided a mechanism for understanding the historic legacy of enclosure and loss of commons.

Leah Gordon (born 1959 Ellesmere Port) is a photographer, film-maker, curator, collector and writer. In the 1980’s she wrote lyrics, sang and played for the feminist folk punk band, ‘The Doonicans’. Leah makes work on Modernism and architecture; the slave trade and industrialisation; and grassroots religious, class and folk histories. Gordon’s film and photographic work has been exhibited internationally including the Museum of Contemporary Art, Sydney; the Dak’art Biennale; the National Portrait Gallery, UK and the Norton Museum of Art, Florida. Her photography book ‘Kanaval: Vodou, Politics and Revolution on the Streets of Haiti’ was published in June 2010. She is the co-director of the Ghetto Biennale in Port-au-Prince, Haiti; was a curator for the Haitian Pavilion at the 54th Venice Biennale; was the co-curator of ‘Kafou: Haiti, History &amp; Art’ at Nottingham Contemporary, UK; on the curatorial team for ‘In Extremis: Death and Life in 21st Century Haitian Art’ at the Fowler Museum, UCLA and was the co-curator of ‘PÒTOPRENS: The Urban Artists of Port-au-Prince’ at Pioneer Works, NYC in 2018 and MOCA, Miami in 2019. In 2015 Leah Gordon was the recipient of the Colección Patricia Phelps de Cisneros Travel Award for Central America and the Caribbean.