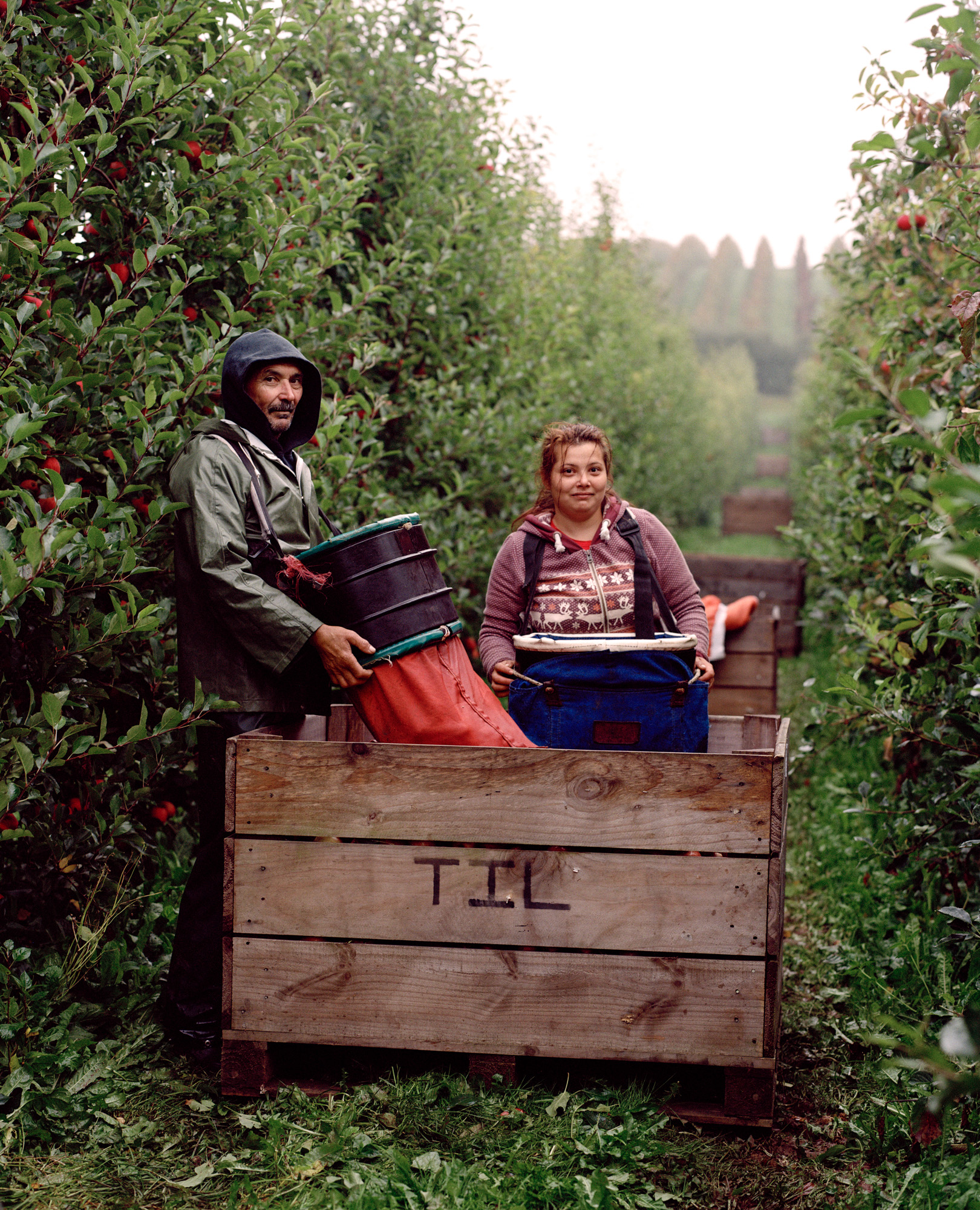 HARVEST by Marco Kesseler, made in the fields of the Wye valley and the foothills of the Malverns, where dense avenues of fruit trees and hops bines dissect the gilded fields of wheat sown across the arable land, looks towards the workers.

In his project he reflects on a moment in time to tell the evolving story of an essential workforce living on the periphery of society. He shows teams of people rushing back and forth between plants and trucks picking as they go. This is not the timeless, bountiful epitome of the rural idyll but the uncertain, Brexit controlled agricultural industry, revealing the uneasy relationship between the nation’s reliance on seasonal workers, and growing English nationalism. 99% of seasonal staff in the UK migrated from Europe and this project looks to celebrate some of the individuals that sustain an essential industry.

Marco Kesseler is a photographer based in the UK, with an interest in the role of narrative, studying both fact and fiction, as a reference point in representing contemporary social stories.  Working with communities over an extended period of time, previous works have documented the socio-political effects of the Ukrainian revolution; living in hiding with Albanian families persecuted in the age old traditions of blood feuds, as well as celebratory traditions in Greece.

Past exhibited works have been included in The Taylor Wessing Portrait Prize, Paris Photo, PhotoIreland Festival, The Renaissance Photography Prize and The Sony World Photography Awards and clients include The FT Weekend Magazine, The New York Times, TIME and The British Journal of Photography.