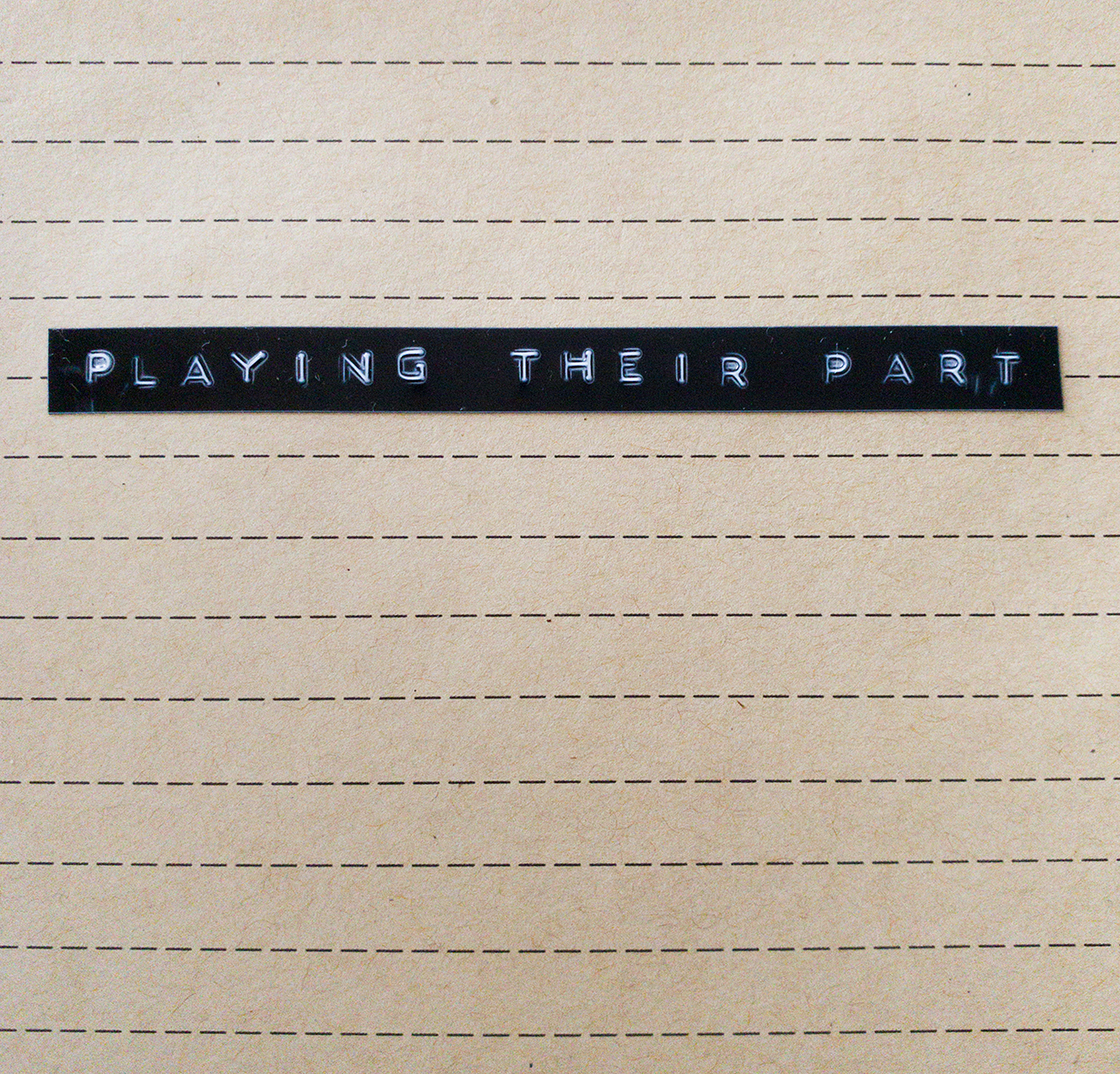 Shaista Chishty is a documentary photographer and visual artist who explores identity, representation and notions of the ‘other’. She utilises a research led practice to look at mainstream representations of people of colour which often serve to de-humanise, simplify and reinforce a stereotype. For her new work Shai explored the visual culture and tropes surrounding COVID19 and the racialised press and media coverage drawing comparisons with the propaganda of the British Empire and World War 2 recruitment poster campaigns.

Playing Their Part
by Shaista Chishty

Playing Their Part is based loosely on the Central Office of Information’s WWII publication of the same name and Mass-Observation, a social research organisation founded in 1937 with the aim of creating an ‘anthropology of ourselves’. The series brings together observations about COVID throughout 2020 and juxtaposes those artefacts with observations from WWII.

As COVID-19 began to dominate our lives and headlines, so too did the use of war-like images, language and metaphor as political rhetoric. From the Queen referencing the WWII song “we will meet again” and Boris Johnson “enlisting” the Great British public, to NHS staff being renamed the ‘New Frontline’, Coronavirus very quickly became a battleground.

Overnight, news front pages went from publishing images ‘whitewashing’ the NHS to the promotion of one truly diverse NHS and a united Britain. This celebration of diversity is reminiscent of wartime propaganda deployed by Britain.

The Ministry of Information created posters aimed to unite the Empire and reassure the British public they were not alone in the fight for good. Posters presented a more ‘intimate face of the colonial subject’ ready to step up and help.

Whereas images from the colonies had previously been dehumanising, focusing on difference, curiosity and the servitude of nameless ‘subjects’ posing with exaggerated props; wartime posters showed a closer cultural proximity and newfound individuality, refinement and skill.

In Decolonising the Camera, Mark Sealy explains this was driven by a recruitment need and national survival rather than redressing racist imagery which had dominated western visual culture. In his analysis of the posters, he highlights the sense of honour and the degree of parity afforded to the ‘colonial subject’ in these images.

Today’s images depicting the ‘good immigrant’ serving the nation at a time of Corona-crisis should be viewed with a critical lens. Until recently, national media actively ‘Othered’ those who today are labelled as heroes. Playing Their Part brings together these contradictions.

Shaista is a documentary photographer and visual artist exploring identity, representation and notions of ‘otherness’, particularly of Muslims in Britain. Shai uses news and mainstream media along with humour to challenge narratives which often serve to de-humanise, over simplify and reinforce a ‘them and us’ in society.

At the heart of Shaista’s practice is seeking to understand the ways in which mainstream representations of Muslims in Britain contribute to the rise in hate crime and Islamophobia. Shaista began her career working as a photojournalist on humanitarian projects with global organisations including UN Women, Christian Aid, CARE International and Islamic Relief. Shaista has been developing her conceptual practice since embarking on an MA in Documentary Photography at the University of the Arts- London.