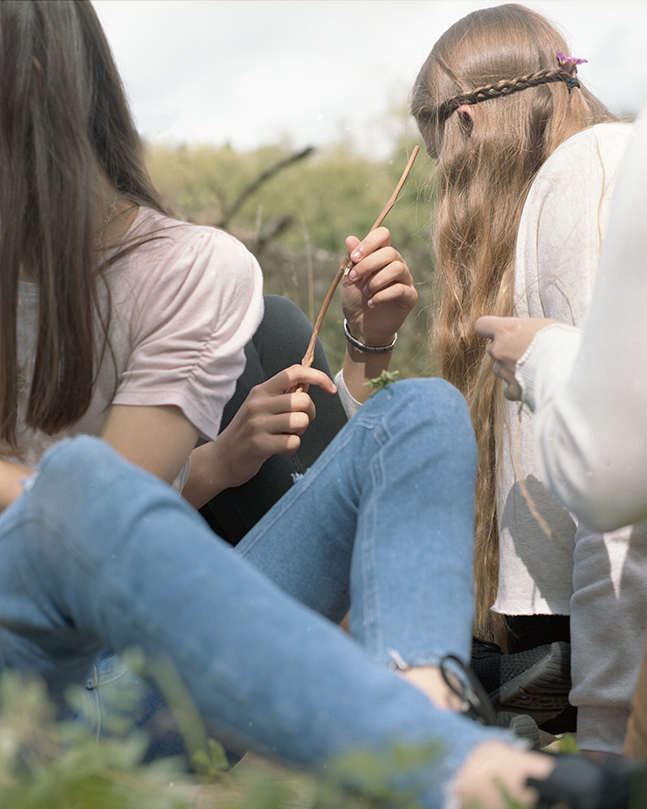 Emily Graham revisited a plot of unmanaged land on the edge of the Midlands town where she grew up attempting to reconcile memory, visual impressions, and the relationship between land and personal mythologies.

DIRFT is an attempt to recall these formative spaces encountered in her youth. The work seeks to piece together the visual impressions that impact on one&#39;s psychological attachment to place – the physical, sensorial aspects of environment – and the contradictions within such spaces – both familiar and strange; protective and hazardous in their secrecy; freeing and enclosed; unseen and visible. Emily is interested in the relationships between place and possibility, between sight and story, between photograph, narrative, and memory.

Emily is a photographer based in London. She gained her BA (Hons) in Photography at the University of Brighton, and has recently completed her MA in Photography at the University of West England. She was one of the recipients of the Magenta Foundation Flash Forward award 2017, selected as a Commended winner of the Genesis Imaging Postgraduate Award 2018, shortlisted for the Brighton Photo Fringe Open Solo 18, awarded third prize in the British Journal of Photography’s International Photography Award 2019, and most recently, shortlisted for the Images Vevey Book Award. Her work has been exhibited nationally & internationally, including at Format Festival 2019 as part of their thematic Forever/Now, and most recently at Pingyao International Photography Festival, China and in Profound Movement group exhibit at Houston Centre for Photography.