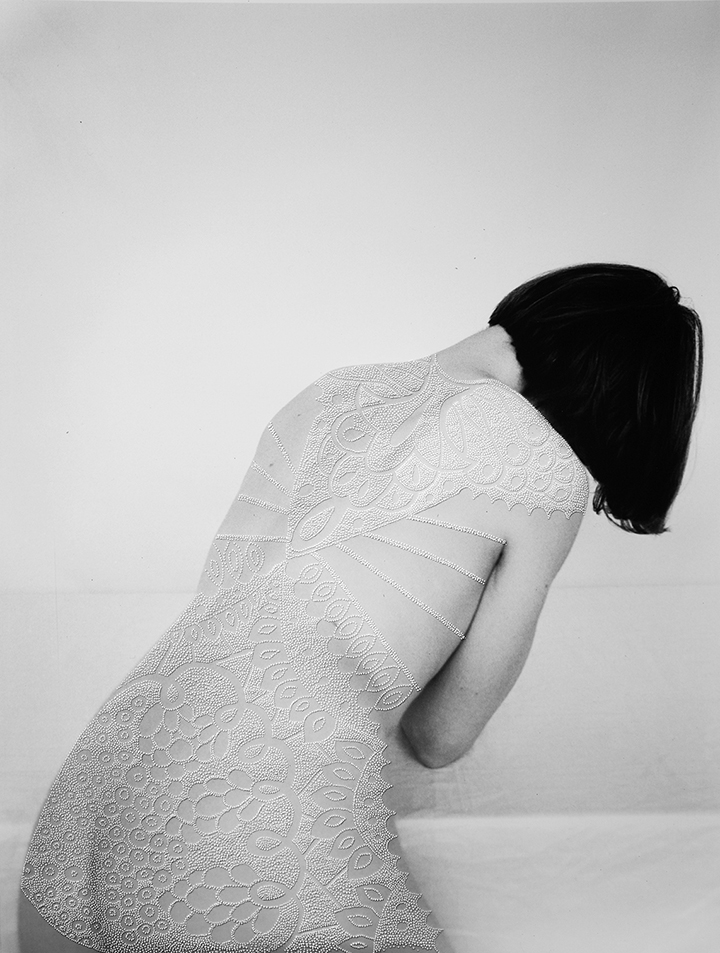 GRAIN is delighted to have awarded the Format Portfolio Award to Jessa Fairbrother for her work  ‘Armour Studies’.  This is the second time GRAIN has awarded a special prize at Format International Photography Festival.

‘Armour Studies (regarding skin)’ uses the body as both vessel and surface.  Employing self-portraiture Jessa hovers on the edge of being object and subject to explore the connection between her form, the exterior and audience.

In perforating this exterior layer she invites the viewer to think of the skin not only as an embodiment of selfhood but as a body that touches and is touched. Her concerns originate in attempts to identify feelings beyond the shape of the person seen, confronting gestures of fallibility and the body’s relentless failures.

This ongoing work brings together pieces where she performs within the image and upon it, cladding her physical identity in armour to protect it from her own disappointments and the viewer’s scrutiny.

In her practice Jessa explores the familiar and the personal, where yearning and performance meet each other in photography.  She investigates how behavior is shaped and influenced by both memory and visual consumption, concentrating on the gesture as a physical archive of emotional life. Role-play is a key part of her studies.  She is interested in how individual’s perform, continuously assigning status (and having status bestowed upon us) through roles.