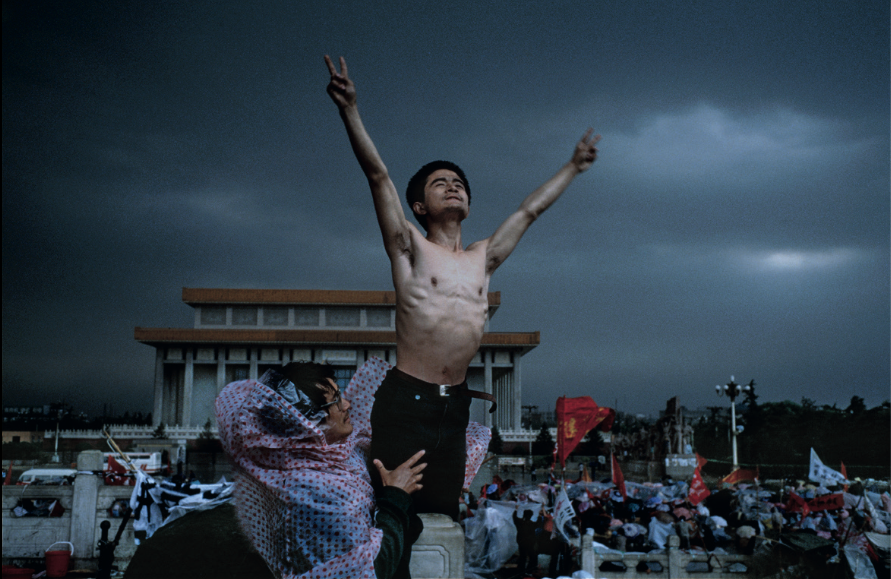 Evolution Explored is an exhibition of works curated from the Magnum Photos archive and presented in the public realm, in St. Mary’s Square and The Square, Shrewsbury. The project is a collaboration with Shrewsbury Business Improvement District (BID) and The Hive Arts Centre.

The work of Magnum photographers will reach new audiences on the streets of Shrewsbury in a specially curated exhibition inspired by ‘Evolution’ and the town’s links to Charles Darwin.

Acclaimed photography agency Magnum Photos have worked in collaboration to curate an exhibition of stunning photographs made internationally by the world’s leading photographers.

The ten-week street exhibition, Evolution Explored, will be on show at two locations. The event coincides with International Darwin Day and Darwin’s birthday on 12th February.

The exhibition also links to Magnum Photos’ 70th anniversary which is to be marked by a series of international events, projects and partnerships. 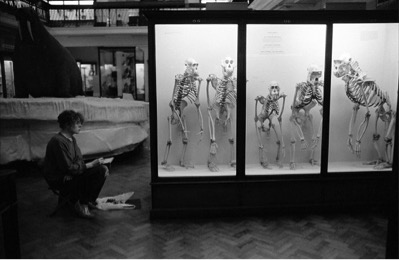 Magnum Photos is a photographic co-operative owned by its photographer members. Noted for its diverse and distinctive work, Magnum chronicles the world and interprets its people, events, issues and personalities. It was founded in 1947 by four pioneers, Robert Capa, Henri Cartier-Bresson, George Rodger and David Seymour.

Today its editorial offices in New York, London, Paris and Tokyo, and its network of sub-agents, provide photographs to the press, publishers, advertising, television, galleries and museums around the world.

It has approximately one million photographs in both print and transparency in a physical library, with more than 500,000 images available online. It is said that if you picture an iconic image, but can’t think who took it or where it can be found, it probably came from Magnum.

As part of this exhibition there will be a series of associated activities including education workshops with selected Primary, Secondary and Further Education organisations. There will also be a Photo Safari Event on Saturday 8th April 2017, see details below.

About Evolution Explored – A review by Jonny Bark

As part of Evolution Explored a Photo Safari will take place in the town of Shrewsbury with The Hive acting as hub. The activity will take place over a full day and will be targeted at families. It will be devised as an adventurous journey or expedition during which people hunt for, explore, or investigate opportunities to creatively write with light and record images. The tasks will be fun, collaborative and will result in a series of images that can be displayed in an exhibition at The Hive and featured online as part of Evolution Explored.

Those participating will be asked to bring their own cameras and to dress comfortably for a day outdoors. They will be set a series of four image making tasks, and may choose from the eight points of interest on the safari map.

Working individually or as a team, complete the challenges on this adventure, linked to the Evolution Explored Magnum Photos Exhibition. The best will win prizes and then see your work displayed! 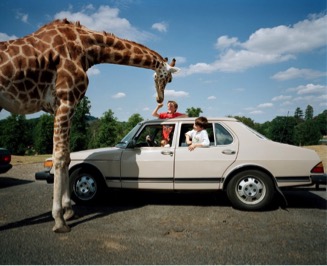 Longleat Safari Park, Wiltshire, England. From the book ‘A to B tales of modern motoring’. © Martin Parr/Magnum Photos

< The Fireside and the Sanctuary GRAIN Portfolio Award >