Clare Hewitt : GRAIN Bursary Award – new work on isolation and loneliness working collaboratively with individuals and a woodland of trees. 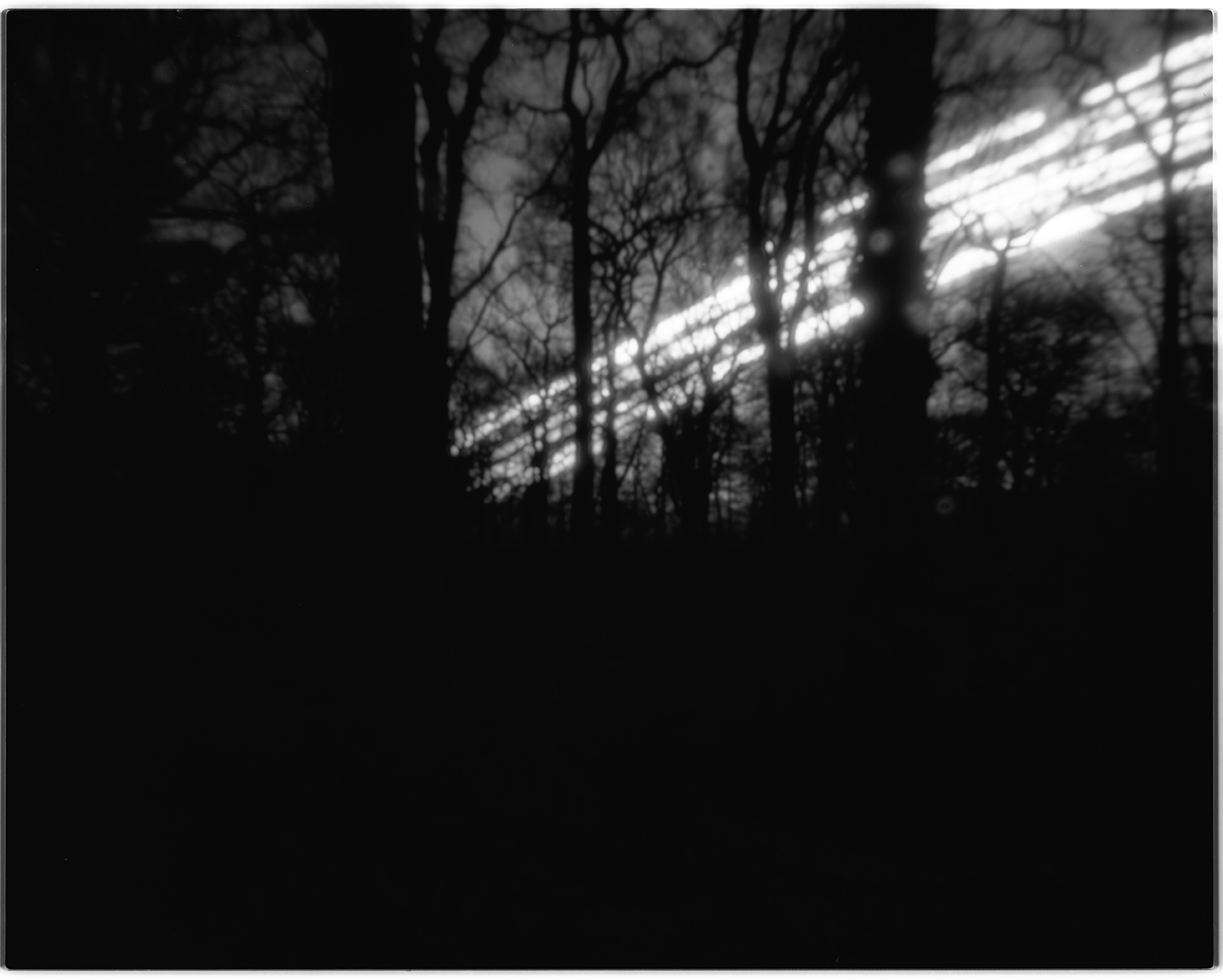 Photographer Clare Hewitt, awarded the 2019 GRAIN Bursary Award, has developed a project that aims to look at isolation through working with a community of individuals and a woodland of trees.

Through support from STEAMhouse, Clare has created, developed and produced 24 pinhole cameras that have been installed into 12 oak trees at The Birmingham Institute of Forest Research.

The pinhole cameras will be living in the community of trees for the next year, forming part of her project based on the ways that trees communicate in contrast to rising levels of human isolation and loneliness in rural areas.

Recent studies have found that isolation and loneliness are increasing in the UK, and lacking social connections is as damaging to our health as smoking 15 cigarettes per day (Holt-Lunstad, 2015).

In her work Clare aims to address this issue through building a community of individuals who identify as lonely or isolated, and working with them to create a year-long photographic study of a community of ancient oak trees.

Although trees appear to be individual organisms above ground, scientific research shows that their complex communication methods facilitate survival, nurture and pass on wisdom, and send warnings when they are under attack. In a time when loneliness is increasing, segregation is being encouraged politically, and isolation driven through technology, there is much that can be learnt from the unity of the forest. This project is also supported by STEAMHouse, Birmingham City University.

Clare Hewitt is a photographer based in Birmingham. After completing a degree in Law at Oxford Brookes University, Clare went on to study Commercial Photography at the Arts University Bournemouth. She found that both subjects relate to a complex interest in human beings, their habits, behaviours and experiences, and through photography she could explore this in a more creative way.

In 2011 Clare’s work was selected for Fresh Faced and Wild Eyed at The Photographers’ Gallery, and has since been exhibited at the National Portrait Gallery as part of the Taylor Wessing Portrait Prize, 2013. In 2016 and 2017 she was included in the Magenta Foundation’s Flash Forward emerging photographer selection for Eugenie and Kamera, and the British Journal of Photography’s nationwide Portrait of Britain exhibition. Clare has recently been shortlisted for the Royal Photographic Society’s IPE #161, and selected for 209 Women, a photographic portrait project that marks the centenary of women achieving the vote in the UK in 1918.