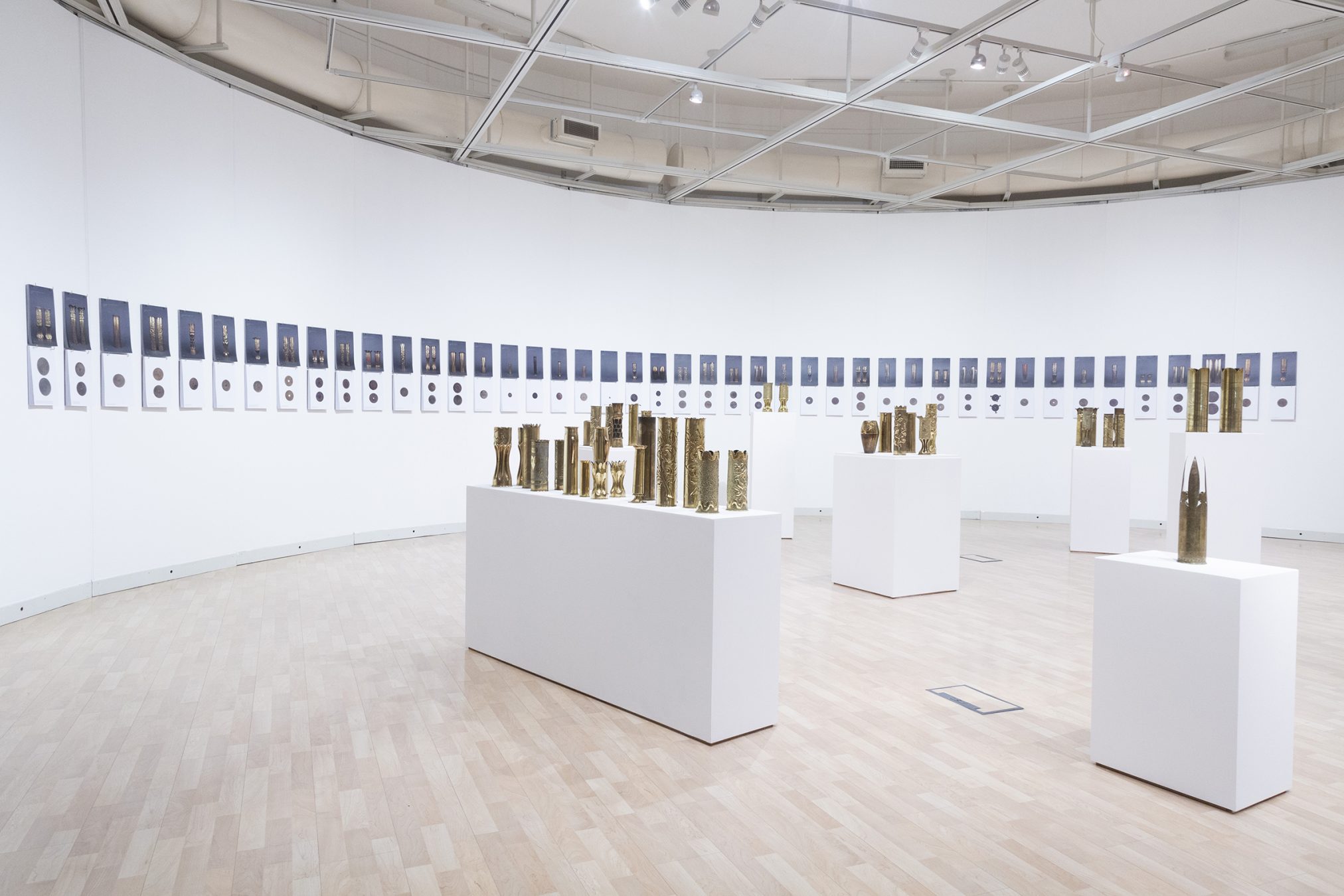 ‘When The Golden Sun Is Sinking’, Indre Serpytyte

Indre Serpytyte (b. 1983 in Palanga, Lithuania) is an artist living and working in London, UK. Serpytyte is concerned with the impact of conflict and war on history and perception.  She works with photography, sculpture and installation.

GRAIN Projects commissioned Serpytyte to collaborate on research and make new work. This new project will be exhibited in partnership with Rugby Art Gallery & Museum.

It is estimated that throughout both World Wars, the Ministry of Munitions employed around a million female munitions workers in thousands of arms factories. These women played a crucial role in Britain’s strategy of “total war”. especially after Britain’s shell crisis in 1915 when there was a severe shortage of artillery shells on the front line.  The women worked extremely long hours as production was focused on a 24-hour shift pattern with only one day off a week.

Using archive material from Midlands collections as well as from the Imperial War Museum Serpytyte has examined the relationship between widely publicised propaganda images of the female factory workforce, as part of a political project of moral boosting, and the images, accounts and ephemera that tell the largely hidden and forgotten story of the so-called ‘munitionettes.’  In her work she will look at the history of female work and life in the context of war, violence and political strategy as well as the home as a place of waiting, loss and a repository for memory and objects. Domestic objects on shelves and mantlepieces provided keep sakes as well as reminders of lives and death. Most unsettling are the vases made from spent ammunition shells, many of which were made by women in munitions factories, decorated by soldiers and sent home for ornamentation.

In her work Serpytyte will use these vases as a way to explore the complex relationship between domesticity, ornament, labour, class, gender, war and trauma. The work will explore the objects and materials of war.