THE FACE OF SUFFRAGE : A new large scale art installation to celebrate 100 years of Votes for Women by Helen Marshall 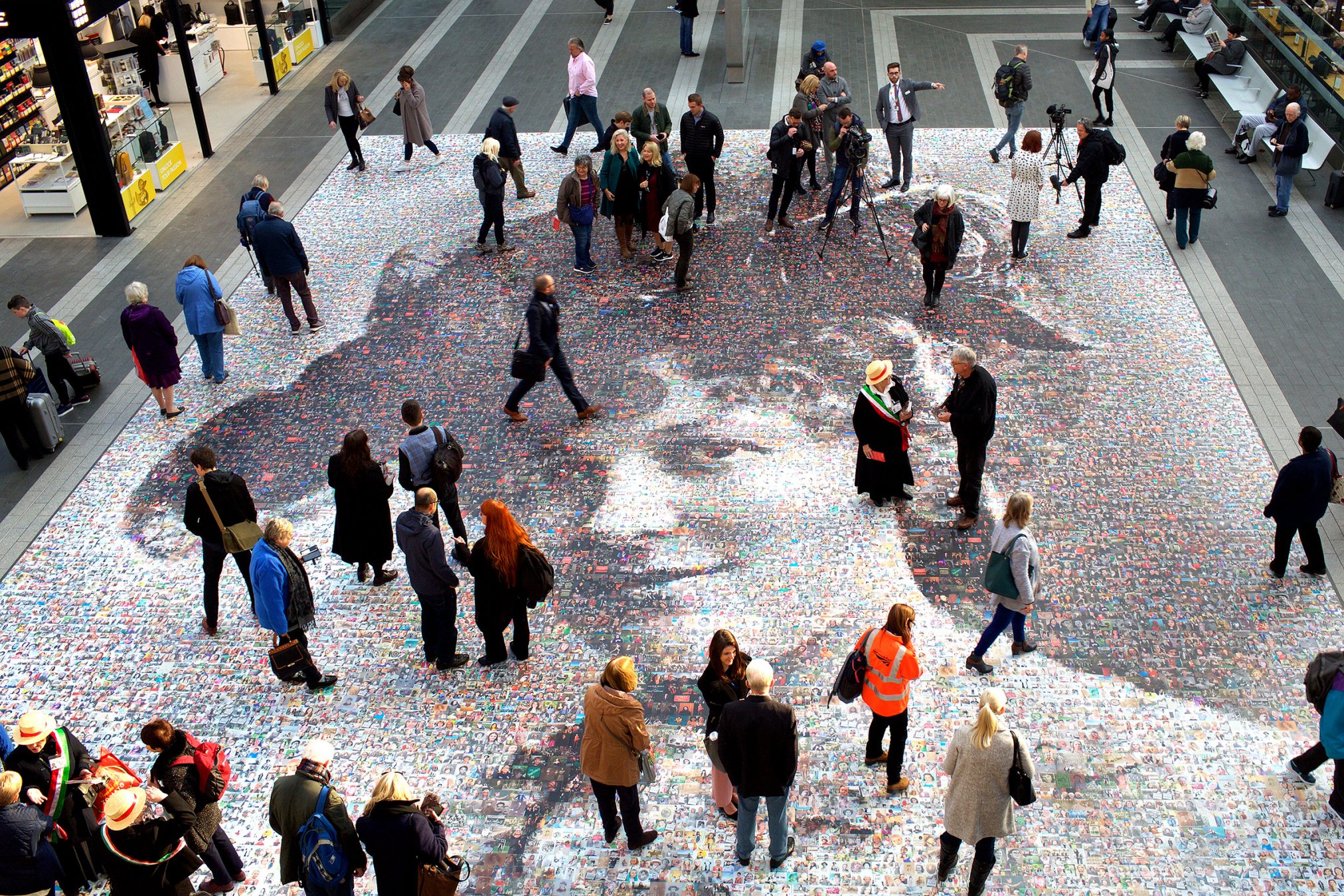 THE FACE OF SUFFRAGE

The ‘Face of Suffrage’ artwork, a floor-based, 200 metre-square photo mosaic, is made up of more than 3,700 images of females from across the West Midlands and beyond. When viewed from above, it shows Hilda Burkitt, a leading face from the suffrage movement in the West Midlands. Evaline Hilda Burkitt was born in Wolverhampton in 1876 and died in 1955. She was the first suffragette to be forcibly fed a total of 292 times and had a job at the Birmingham WSPU (Women’s Social and Political Union) headquarters, in Ethel Street, near New Street station. Hilda threw a stone at Prime Minister Herbert Asquith’s train as it pulled out of Birmingham New Street after he attended a male-only budget meeting and she was imprisoned at Winson Green prison.

The image is made up of a combination of historical pictures of women involved in the suffragette movement from the West Midlands in the early 1900s and of females today using photographs submitted by the public be part of the commemoration. The artwork will be on display until Friday 14 December – the day which marks the 100th anniversary of women voting for the first time.

The mosaic was created by artist Helen Marshall of The People’s Picture, who has installed similar projects across Britain marking other historic and significant occasions.

The artwork was on display between Thursday 15 November to Friday 14 December – the day which marks the 100th anniversary of women voting for the first time.

A unique exhibition accompanied the artwork and could be seen at Birmingham Hippodrome from 16 October 2018 – 31 January 2019. 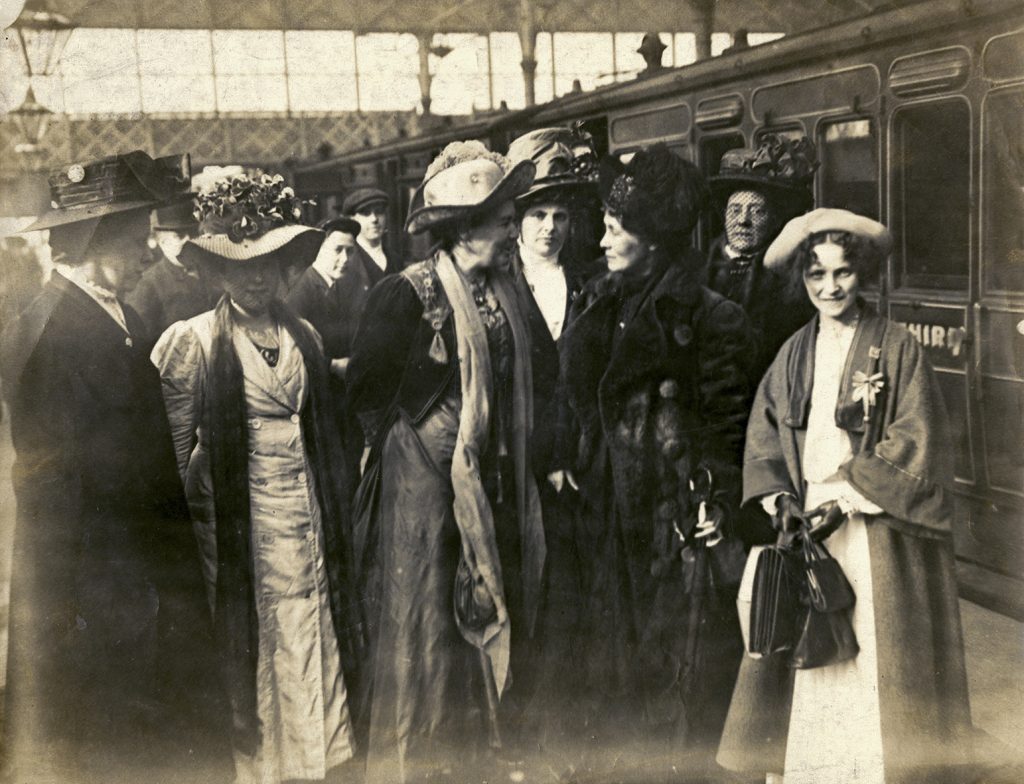 Each photo mosaic is assembled from thousands of photos yet every single one tells a story. In 2006 The Big Picture broke the world record for the largest photo mosaic in the world. Clients include BBC Television, Tate Britain, Canary Wharf Group and The Photographers’ Gallery. The People’s Picture projects have been featured in the national news and are held in private and public collections in a diverse range of locations including cathedrals, museums, airports and on the street.

Marshall is an image maker and a storyteller. She has a track record in photography, design and collaborative practice. Her work is made for an audience at large, often outside the gallery or institutional art space. Realised in the public realm, the work has a performative relationship with photography. By engaging people as the primary producers and contributors of the work the art takes on a new identity.  Popular icons and faces are featured as the emblems of our time. Commissions include queens, footballers, soldiers, and the average person on the street.