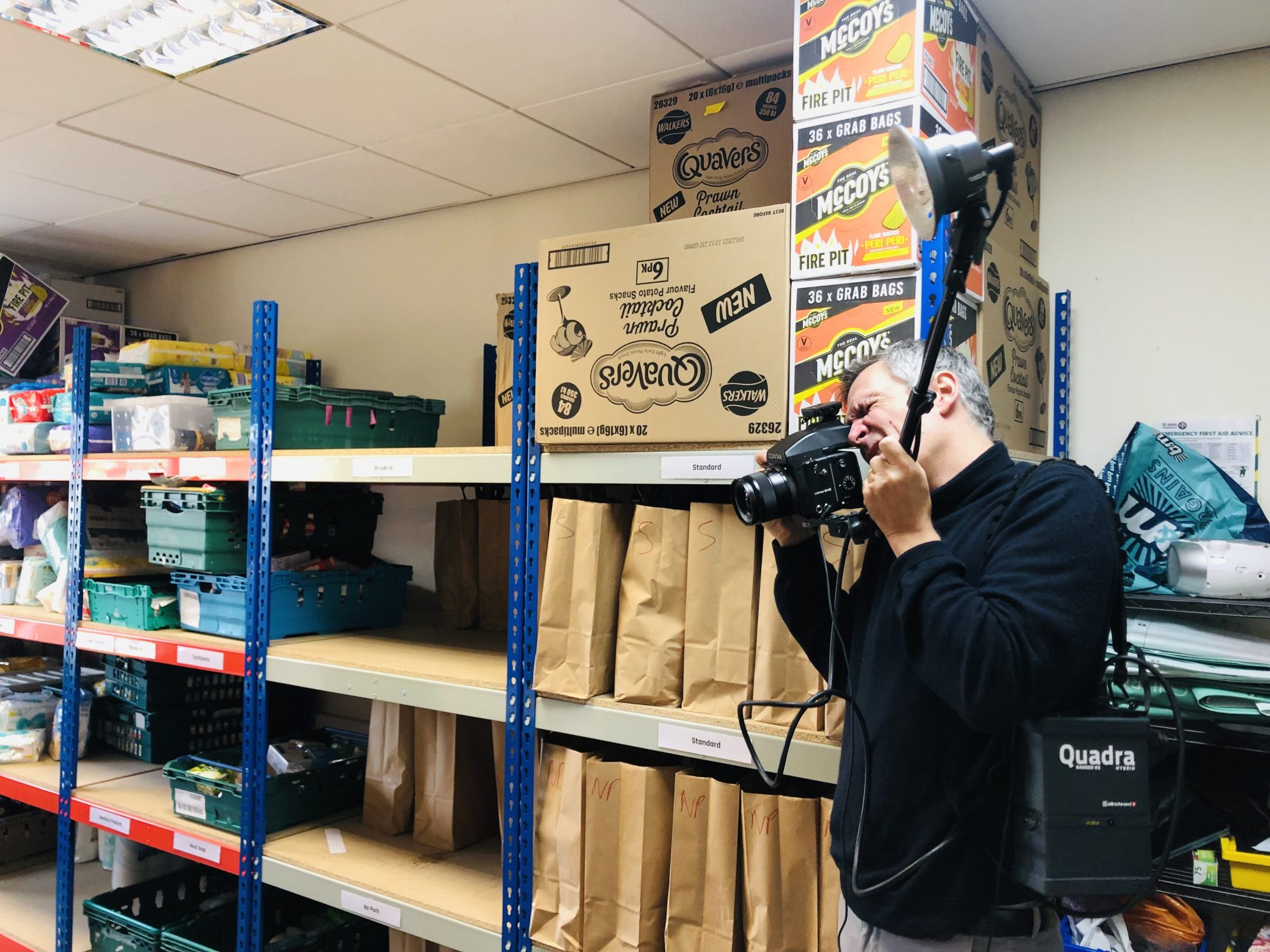 Artist Mark Neville is making a new photography project with the communities of Lee Bank, Birmingham, viewed through a prism of a Victorian history. The Victorian writer, novelist and social commentator Charles Dickens was fascinated with Birmingham and its industry and people, as can be seen in his portrayal of the city in his novel, The Pickwick Papers. His carefully constructed narratives responded to topical events and social conditions inspired a new class of readers and opened people’s eyes to society and communities.

Using early analogue camera technologies contemporaneous with Dickens’ visits to Birmingham in the 1850s, and referencing Dickensian themes, Mark will make an in-depth portrait of Lee Bank and its residents, as a microcosm of city life in Birmingham and nationally.

In this new project commissioned by GRAIN, Mark will be exploring ‘prosperity’ and what this means to residents who may have created their own sense of prosperity through grassroots initiatives and community action during the most challenging of times of austerity measures followed by the Covid pandemic.

“Mark Neville has re-imagined what documentary photography could be, should be. Instead of the bland ‘deconstructions’ that pass so lazily as ‘critical’ in contemporary art, he makes extraordinary pictures and finds extraordinary ways to get them back to those he has photographed.” – David Campany

British artist Mark Neville works at the intersection of art and documentary, investigating the social function of photography. He makes lens-based works which have been realised and disseminated in a large array of contexts, as both still and moving image pieces, slideshows, films, and giveaway books. His work has consistently looked to subvert the traditional role of social documentary practice. Often working with closely knit communities, in a collaborative process intended to be of direct, practical benefit to the subject, his photographic projects to date have frequently made the towns he portrays the primary audience for the work.

In 2012 The New York Times Magazine commissioned Neville to make the acclaimed photo essay ‘Here is London’, which examined wealth inequality in the capital, and which they subsequently nominated for The Pulitzer Prize. This was quickly followed by a commission from the Andy Warhol Museum in Pittsburgh, America, which also looked at social inequalities. These two bodies of work were brought together in the touring solo exhibition ‘London/Pittsburgh’.

In 2011 Neville spent three months working on the front line in Helmand, Afghanistan, with the British Army as an official war artist. The films and photographs he made there featured in a major solo show at The Imperial War Museum London in 2014. More recently this war experience has resulted in The Battle Against Stigma Book Project, the overall aim of which is to challenge the stigma of mental health problems in the military. Neville’s book combines written testimonies about PTSD and adjustment disorder from serving and ex serving soldiers with the photographs he took of troops in Helmand, as a means to give some insight into the issue of adjustment disorder which he found he had fallen victim to on his return from the war zone. Throughout 2016 Neville personally disseminated 1,000 copies free to prison libraries, probation services, homeless shelters, and veteran mental health charities, in order to encourage more troops to come forward and seek treatment for adjustment disorder.

Neville’s work exists in different forms in many public and private collections, including those of the Arts Council of England, Kunstmuseum Bern, National Galleries of Scotland, Imperial War Museum, and Scottish Parliament. He has had major solo shows at venues which include The Photographers’ Gallery, London, Multimedia Art Museum of Moscow, Foundling Museum, London, QUAD in Derby, and the Imperial War Museum, and participated in group shows at Tate Britain, Jeu de Paume, Paris, and Haus Der Kunst, Munich. ‘Fancy Pictures’, the monograph published by Steidl, is the first commercially available book about Neville’s work and was one of Time Magazine’s best photo books of 2017, and also nominated for Aperture Photo Book of the Year 2017. Neville’s last book, ‘Parade’, was nominated for the Deutsche Börse Photography Foundation Prize 2020.