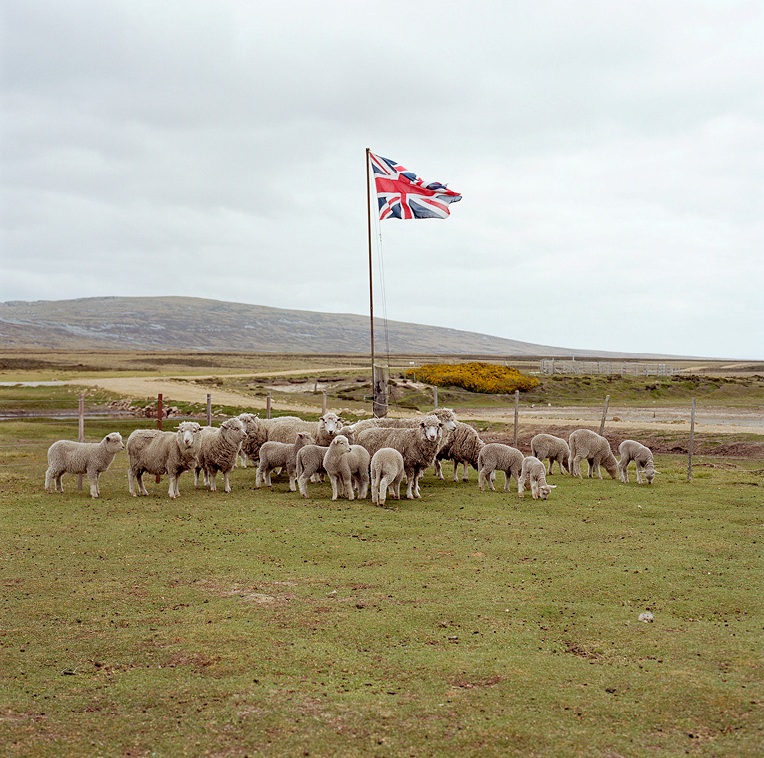 Empire is a fascinating journey across the South Atlantic exploring life on four remote islands – the British Overseas Territories of Ascension Island, Tristan da Cunha, the Falkland Islands and St Helena – relics of the once formidable British Empire, all intertwined through their shared history.

Jon Tonks began the project in 2007, spending up to a month at a time in each territory, travelling 60,000 miles around the Atlantic via military outposts, low-lit airstrips and a long voyage aboard the last working Royal Mail Ship. Some 400 rolls of film, 24 flights and 32 days at sea later, the resulting work creates an insight into these distant places that resonate with a sense of Britishness which is remarkably recognisable yet inescapably strange. Jon photographed the people, the landscapes and the traces of the past embedded within each territory.

Since completing the project in 2013, he published the book ‘Empire’ through Dewi Lewis publishing. The book contains four chapters looking at each island visited. Through short texts that accompany the pictures, the book combines history and anecdote, telling the story of these remote and remarkable islands, with a curiosity about the lives of these distant lands that remain very firmly British.

As part of this touring exhibition the Library of Birmingham will be exhibiting works in vitrines that show the development of the project, from ephemera collected over the journeys around the Atlantic, to contact sheets from some of the 400 rolls of film shot, through to the 8-sheet prints of the book prior to its binding.

Photographs from the book are being exhibited at the Arena Gallery, mac Birmingham from October 18th 2014 until January 4th 2015.

The touring photography exhibition of Jon Tonks’ Empire was commissioned and co-produced by mac Birmingham, the Library of Birmingham, Ffotogallery, Cardiff and Impressions Gallery, Bradford.