What Photography & Incarceration Have In Common With An Empty Vase by Edgar Martins : Order the book. 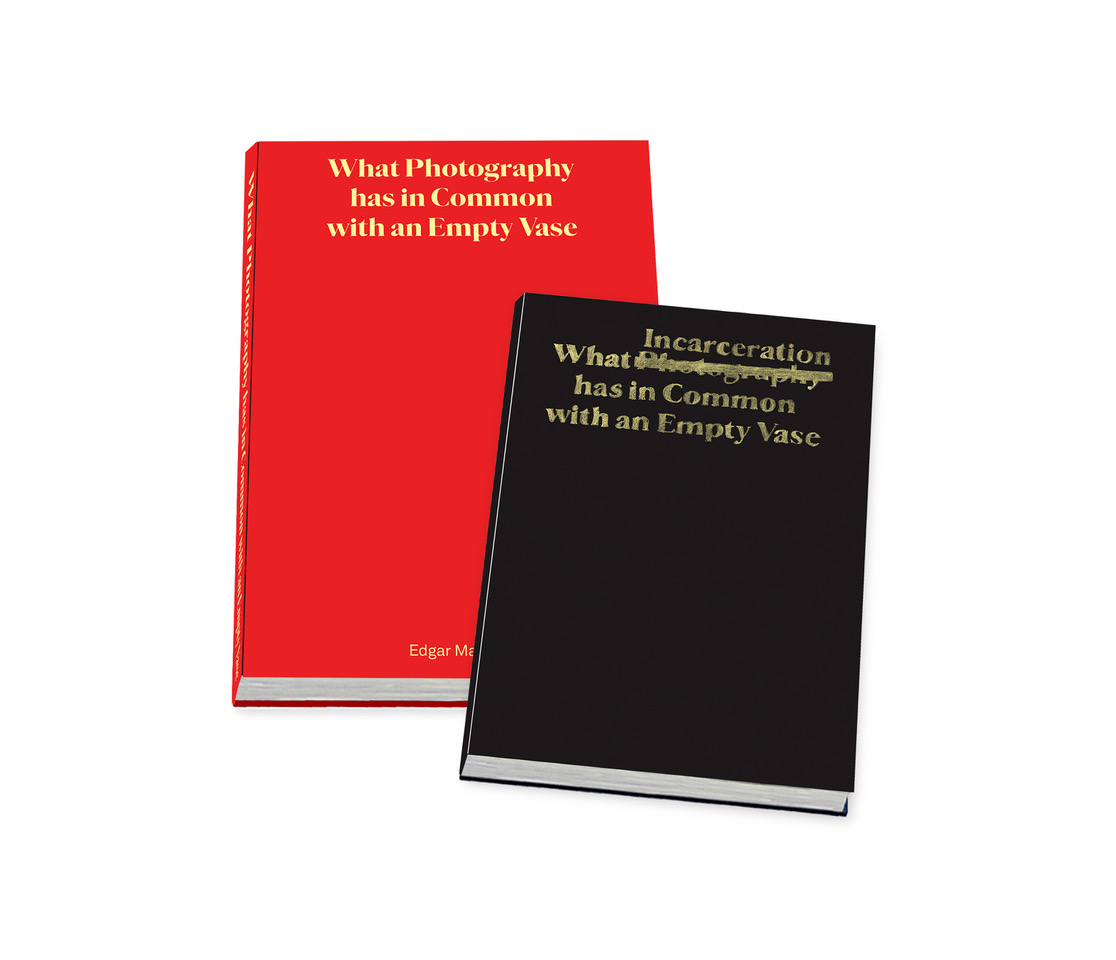 We are delighted to announce that the book WHAT PHOTOGRAPHY & INCARCERATION HAVE IN COMMON WITH AN EMPTY VASE by Edgar Martins is now available to order.

Commissioned by GRAIN, this multifaceted body of work was developed, over a period of 2 years, with HMP Birmingham (the largest, category B prison in the Midlands, UK), and in particular its inmates, their families as well as a myriad of other individuals and organisations (such as charities, colleges, universities and youth centres.)

Martins’ work uses the social context of incarceration to explore the philosophical concept of absence and address a broader consideration of the status of the photograph when questions of visibility, ethics, aesthetics and documentation intersect. By giving a voice to inmates and their families and address prison as a set of social relations, rather than a mere physical space, Martins proposes to rethink and counter the sort of imagery normally associated with incarceration.

His project, thus, wilfully circumvents images whose sole purpose, he argues, is to confirm the already help opinions within dominant ideology about crime and punishment: violence, drugs, criminality race – an approach that only serves to reinforce the act of photographing and photography itself as apotropaic devices.

Composed of three distinct segments, encompassing archive/new photography, text and sound, Martins’ work shifts between image and information, between fiction and evidence, strategically deploying visual and textual details in tandem so that the viewer becomes aware of what exists outside the confines of the frame.

This ambitious and thought-provoking project is now published as a beautiful, two-book publication, that includes a facsimile copy of an inmate’s journal, produced especially for this context, and carefully edited and appropriated by the artist.

In an excerpt from the journal, observed details accumulate to form a powerful way of figuring the dehumanising and life-denying force of the prison: ‘Sometimes all there is to do when you’re stuck on the wing is to lean on the thin high rails and watch what’s going on around you. That’s when I noticed thick grey fluff on a step. And more on another step. Then I noticed it at the edges of the floor and above me on the piping. It was on the top of the nuts and bolts and on top of the wires that made up the netting. It was everywhere and I had never noticed it before. The grey fluff had blended in with the grey clothing of the grey people that cast grey shadows on the grey walls. I suppose the ideal prisoner should be grey, dull and dismal in nature. THEY’VE CREATED THE PERFECT GREY SPACE HERE.’

WHAT PHOTOGRAPHY & INCARCERATION HAVE IN COMMON WITH AN EMPTY VASE contains over 500 pages, 130 photographs and documents and is supplied in a genuine prison bag, along with a surprise element.

This publication will support exhibitions of the work at Galeria Filomena Soares (Lisbon), Catharine Clark Gallery (San Francisco), the Macau Museum of Art (Macau, China), the Museum of National and Contemporary Art (Lisbon), the Geneva Photography Centre (Geneva), amongst others.