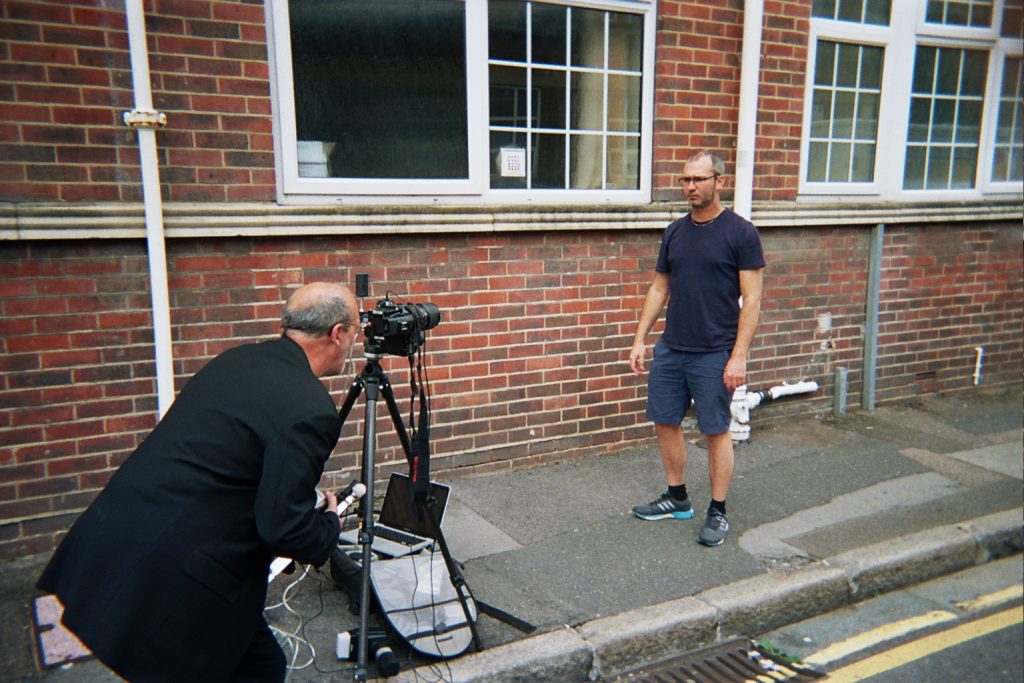 Anthony Luvera is a socially engaged artist, writer and educator who has collaborated with people who have experienced homelessness in cities and towns across the United Kingdom for over fifteen years. The long-term collaborative projects he creates with homeless people and other community groups have been exhibited widely in galleries, museums and public spaces. Anthony is Principal Lecturer and Course Director of MA Photography and Collaboration at Coventry University. He also designs and facilitates public education programmes for galleries and community photography projects across the UK.

Collaborating with people who have experienced homelessness living in Birmingham builds upon the work he has undertaken in cities and towns across the United Kingdom for over fifteen years to create an archive of photographs, sound recordings and other materials that represents the lives and experiences of the most marginalised people in society. Creating this new body of work with the clients of SIFA Fireside, the main access point to support and services for vulnerably housed and homeless adults in Birmingham, will enable participants to use photography to express the things they are interested in and present their points of view.

Luvera’s interdisciplinary approach is committed to the process of collaboration and its associated methodologies in order to investigate the problems with photographic representation and visibility. His concern and advocacy for confronting the politics of representation has been part of an increased practice of and dialogue with socially engaged and community art – to emphasise the importance of self-representation among marginalised individuals.

Image credit: Documentation of the making of Assisted Self-Portrait Fred Clarke, from Assembly by Anthony Luvera, 2013-2014

Commission by GRAIN Projects, in collaboration with SIFA Fireside and supported by Arts Council England and Birmingham City University.