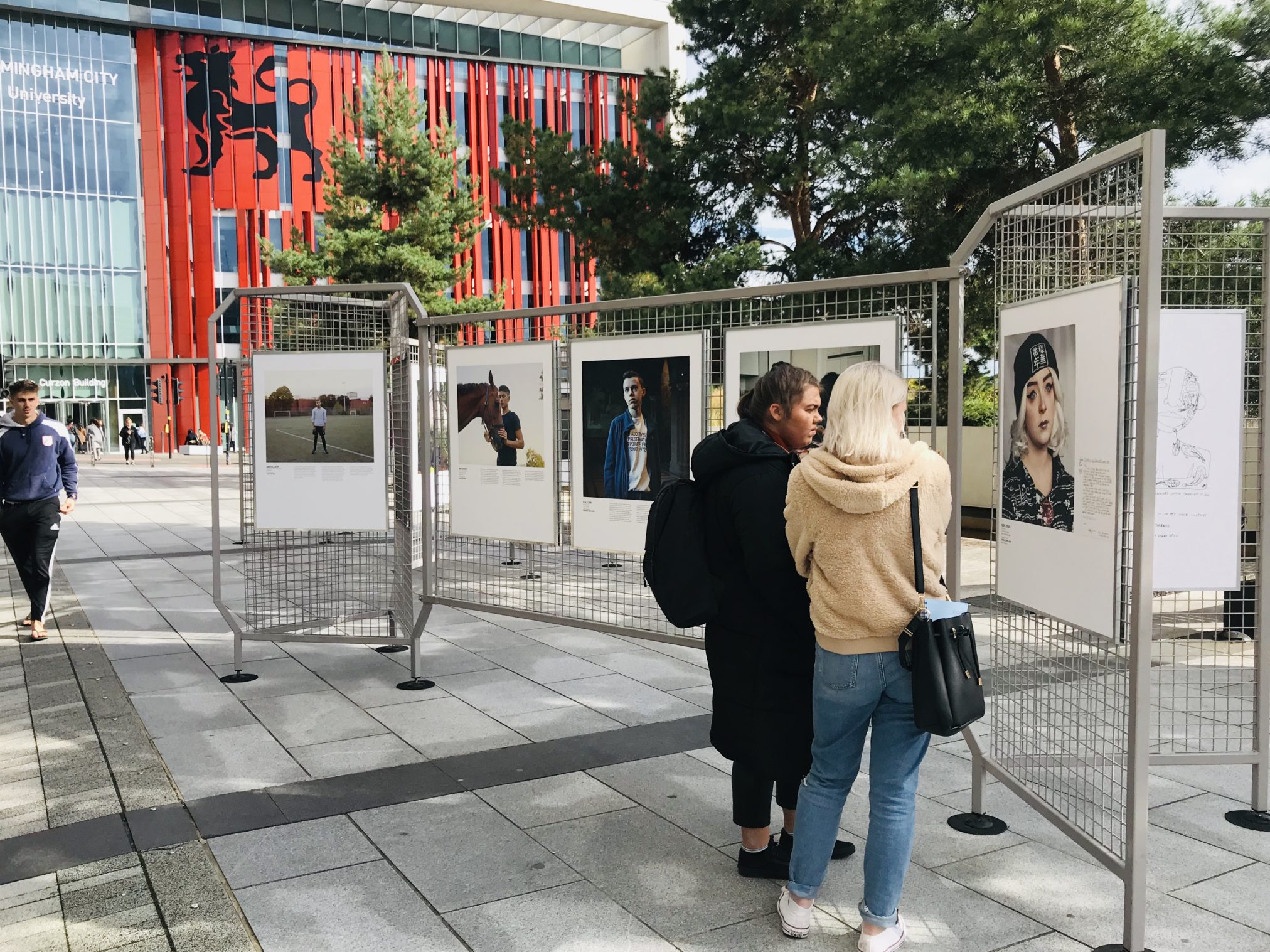 ‘What’s it like to be sixteen years old now?’ This is the central thread running through the ambitious touring exhibition SIXTEEN. Photographer Craig Easton conceived this work following his engagement with first-time voters in 2014. Unlike the rest of the country, sixteen year olds in Scotland were given their suffrage for the first, and as yet only time, in the UK.

Together they collaborated with more than one hundred and seventy young people from diverse communities across the country to explore their hopes, fears and dreams. Each photographer selected a theme and a location. These span large conurbations such as London and Manchester, and include Wales, Northern Ireland, the north and south west of England, and the Scottish Islands.

Sixteen is an age of transition. At a time of increasing national and international anxiety, these young people are shifting from adolescence to become the adults who will live in a politically reshaped country, divorced from the European Union. It is an issue they had no say in. Working with photography, film, social media, audio recordings and writing, Craig and his colleagues give voice to those rarely heard.

The incisive portraits and the young people’s candid testimonies reveal whom and what they really care about and reflect the trust engendered between the sixteen year olds and the photographers. This gives the project significant potency, and highlights how social background, gender, ethnicity and location influence a teenager’s life and ambition.

A bespoke series of work from the broader SIXTEEN portfolio has been selected for this public realm exhibition, which is produced and commissioned in partnership with GRAIN, Birmingham City University, Millennium Point Trust and Arts Council England. It includes finely wrought portraits of local sixteen year olds by the internationally acclaimed photographer Kate Peters who grew up in the Midlands.

Sixteen Launch:
Join us for the exhibition launch after The State of Photography III symposium, from 5.30pm – 7.30pm at the Parkside Building, Birmingham City University.

< The State Of Photography ‘Too Rich a Soil’ >