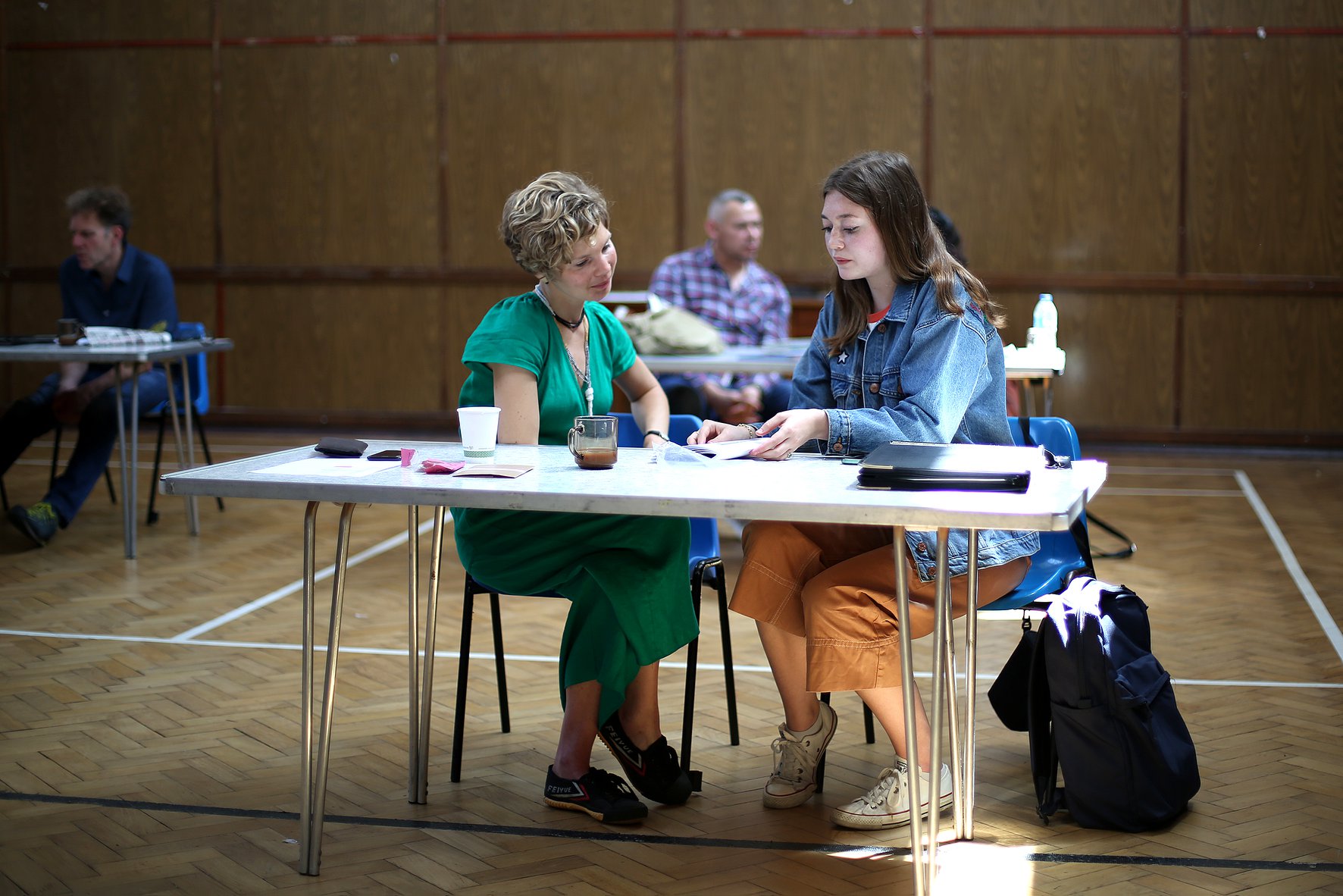 The Portfolio Development Day was delivered at and in partnership with Multistory as part of BLAST! Festival, on Saturday 29th June at Wesley Methodist Church, 10am – 5pm.

During the morning our guest expert reviewers gave short presentations to advise on key features of portfolio & professional development, and in the afternoon there were opportunities for one to one portfolio advice and reviews.

Anthony Luvera
Anthony Luvera is a socially engaged artist, writer and educator who has collaborated with people who have experienced homelessness in cities and towns across the United Kingdom for over fifteen years. The long-term collaborative projects he creates with homeless people and other community groups have been exhibited widely in galleries, museums and public spaces, including Tate Liverpool, London Underground’s Art on the Underground, British Museum, National Portrait Gallery, Belfast Exposed Photography, Australian Centre for Photography, PhotoIreland, Malmö Fotobiennal, Goa International Photography Festival, and Les Recontres D’Arles Photographie. Anthony is Principal Lecturer and Course Director of MA Photography and Collaboration at Coventry University. He also designs and facilitates public education programmes for the National Portrait Gallery, Royal Academy of Arts, The Photographers’ Gallery, Barbican Art Gallery, and community photography projects across the UK.

Liz Hingley
Liz Hingley is photographer, anthropologist and curator working on multi-platform projects that explore systems of belief and belonging around the world. Her publications include the books Under God’ (Dewi Lewis, 2010), End of Lines, Shanghai (Be-Poles, 2013), Home Made in Smethwick (Multistory, 2016) and Shanghai Sacred (Washington University Press, 2018).  Her photographs and writings feature in global media publications such as Time, Le Monde, Financial Times, The Guardian, and New Scientist as well as in academic journals. Liz has received numerous awards including The Photophilanthropy Award, Prix Virginia and the Getty Grant. She is an Honorary Research Fellow at the University of Birmingham and University College London. Between 2013-16 she was based in China  as a Visiting Scholar of the Shanghai Academy of Social Sciences. Liz is also a trustee as well as curator at SIDE in Newcastle, and is actively seeking documentary work to exhibit in the gallery.

Niall Mcdiarmid
Niall’s work is about documenting the people and landscape of Britain. For the past 8 years, he has been travelling across the country building an archive of images with a distinctive style which show a changing population at this significant time.

Sebah Chaudhry
Sebah Chaudhry is a Freelance Creative Project Manager. She is experienced in working at international world class festivals and events. She is currently Creative Producer on an international British Council funded project, The Place I Call Home, connecting the UK to the Gulf region, culminating in a series of exhibitions from September 2019 – March 2020. She has also just curated a show by Alina Kisina at Diffusion Festival in Wales.

From 2013 – 2017, Sebah was the Festival Coordinator at FORMAT Festival, the UK’s largest contemporary photography festival. She was a key member in the delivery of the biennale festival, working on exhibitions, events, the UK’s largest portfolio review and other FORMAT projects in the UK and internationally.

Sebah is an avid networker and an advocate for the promotion of emerging artists, encouraging both artists and others to get involved in the art scene. Currently UK editor for thephotoexhibitionarchive.com, Advisory Board Member for 1623 theatre company and Steering Group member for FORMAT Festival, Derby.

Malcolm Dickson
Malcolm is a curator, writer and organiser. He is the Director of Street Level Photoworks, a leading photography arts organisation in Scotland – celebrating 30 years in existence this year – that provides artists and the public with a range of opportunities to make and engage with photography. He co-ordinates a programme which embraces different genres of photography which is extended through a network of local and community venues, regional art galleries, and through national and international partners. Recent exchange residencies have included cities such as Quebec City, Berlin, and Marseille, with further collaborations taking place in 2019 with Finland and Ireland. He runs the Photography Networks in Scotland platform which profiles exhibitions and events in photography across Scotland. Street Level is a lead partner in Scotland’s Season of Photography.

Interested in viewing bodies of work in their early stages which impartial advice may help  ANDsubstantially developed bodies of work from artists and photographers, which blend experimental approaches, conceptual or issue based themes; social landscape work and new documentary; work that tells a compelling story; lyrical and narrative or abstract and non-narrative; photography based work that intersects with other media. Advice will be given on the basis of the work seen. No fashion or commercial work.

< GRAIN Portfolio Award at FORMAT Festival 2019 Photography For Whom? >