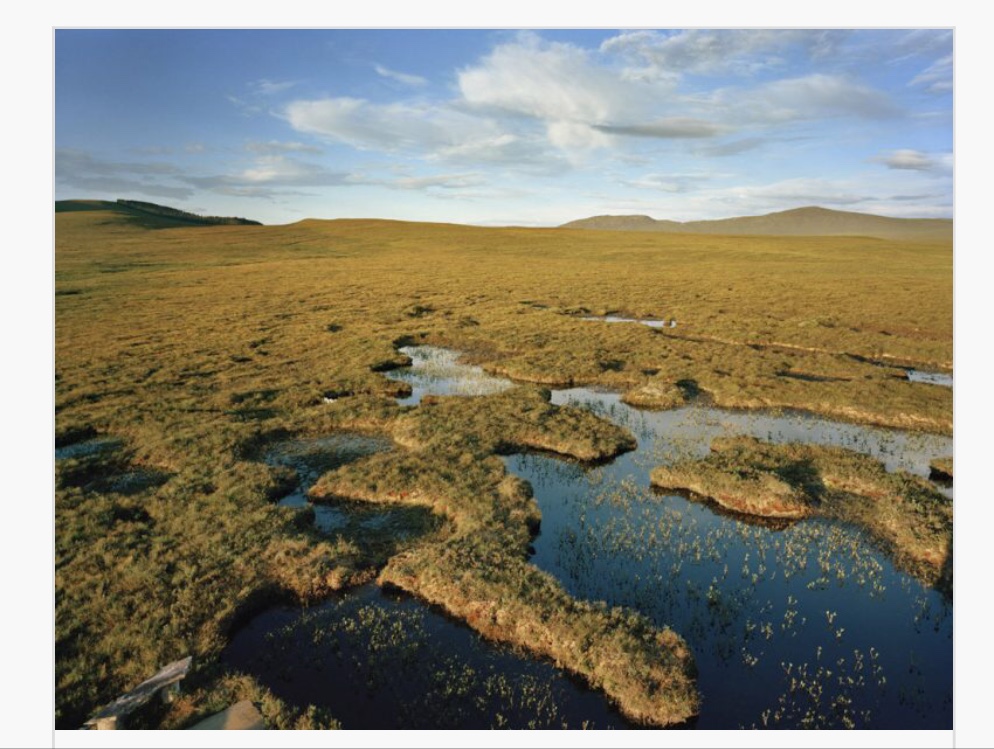 GRAIN is delighted to have awarded the FORMAT Festival Portfolio Award to Sophie Gerrard for her work ‘The Flows’.  This is the third time GRAIN has awarded a special prize at Format International Photography Festival.

“The Flows (from the Norse ‘ floi’ meaning ‘flat, deep, wet land’) focuses on the gentle and undulating peatlands of the Flow Country, located in Caithness and Sutherland in the far north of mainland Scotland.

Peatlands are a globally rare habitat vital in combatting climate change. They cover only a tiny amount (3%) of the planet’s land surface, yet peatlands hold almost 30% of all terrestrial carbon – twice as much as all the world’s forests. Scotland contains a vast amount (13%) of this vital global resource, and the Flow Country is widely considered to be the largest expanse of blanket peat bog in the world.

Historically peatlands have been seen as empty and valueless wastelands, of little benefit to humans yet still forced into marginal production for the leanest of economic return. During the 1980s, the Conservative government under Margaret Thatcher offered tax incentives to the super rich, resulting in vast areas of the Flow Country being planted with non-native coniferous Sitka spruce which drained, damaged and ultimately killed large areas of the bog. Over 80% of the UK’s peatlands have been damaged by years of such mismanagement.

Survival of the peatlands is a touchstone for the environmental health of the nation. These almost magical places are now being painstakingly revived through conservation by the RSPB and their partners. Sophie Gerrard’s photographs look at how these natural resources fit into Scotland’s topography and consciousness, linking people to the land, and vice-versa.”

The Flows is showing in the Document Scotland group show Contested Land – Set against the current political backdrop Document Scotland’s four photographers examine the complex relationship between the nation’s people, history and landscape.

Sophie Gerrard (Scottish, b.1978) is an award winning photographer specialising in contemporary documentary stories with environmental and social themes.

Sophie began her career in environmental sciences before studying photography at Edinburgh College of Art followed by an MA in Photojournalism and Documentary Photography at London College of Communication.

Her first major project, E-Wasteland was awarded a Jerwood Photography Award a Fuji Bursary and a Magenta Fast Forward Award. She has since been shortlisted and nominated for the Prix Pictet Award several years running and the 2015 Remote Photo Prize.

Sophie’s editorial and long term personal work has been published widely by clients including The Guardian, The New York Times, The Telegraph Magazine, FT Magazine, The Washington Post, Esquire Magazine, Foto8, The British Journal of Photography, Portfolio Magazine, Lucky Peach, Le Monde and many others.

In 2012 Sophie co-founded Document Scotland, a collective of internationally acclaimed photographers dedicated to chronicling the social, cultural and economic life in Scotland.

Sophie is a lecturer in photography at Edinburgh Napier University, a senior lecturer at Falmouth University MA Photography online and a member of the board of trustees for Impressions Gallery in Bradford.

Sophie is represented by The Photographers’ Gallery in London.