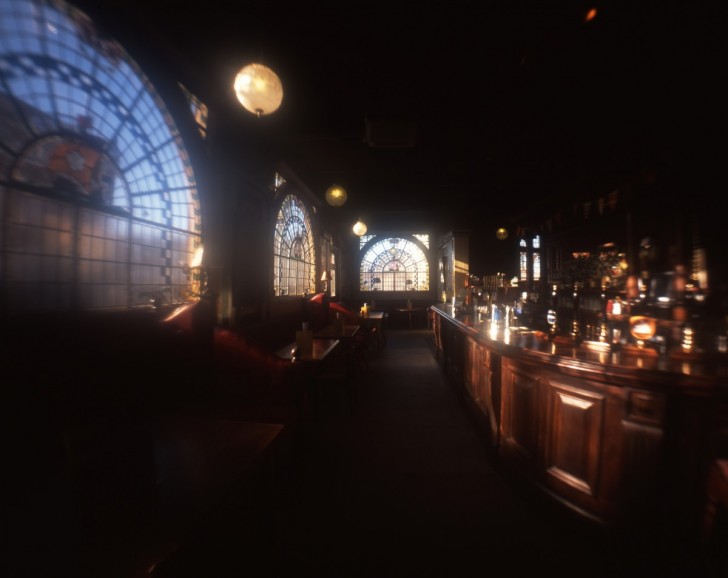 Acclaimed artist Tom Hunter will talk about FINDINGS, the new GRAIN photography commission and associated exhibitions in the public realm, as well as his celebrated career to date.

In January 2013 the internationally acclaimed artist and photographer Tom Hunter was commissioned to make a new body of work in Birmingham finding, exploring and revealing places and spaces in Colmore Business District and the Jewellery Quarter.

“For me this project is a journey back into the country’s industrial heritage and at the same time a personal journey into my own history.

Many of the buildings I have photographed are monuments to this industrial past, showing us the fingerprints of working lives and the products that these endeavours created and from them a way of life and culture. I have always been attracted to these shrines from a disappearing world, a world my grandfather was meshed too, with his engineering company in Birmingham. A world I have explored through photography in Hackney Wick, where the industrial landscape became a playground for the dispossessed, and is now reincarnated as an Olympic wonderland.

All these elements have aligned themselves in this photographic essay, connecting my history to my country’s and Birmingham to Hackney. In the same way Alexander Parkes of Birmingham invented Parkesine, the base material of my film and took it to Hackney Wick to be mass-produced, I now take my pinhole photography back in time to Birmingham, to illuminate and document this very special place.”                 TOM HUNTER

Hunter employs a pinhole camera, a simple square wooden box without a lens or shutter, whose origins lie in the pre and early history of photography.  The camera has a small hole at one end which allows light to seep onto a sheet of large format colour transparency film held at the back of the camera. He then uses these positive images to make exhibition prints with an intense, exquisite and impressionistic quality in which overall effect and atmosphere are the prime objective.

Tom Hunter is an award winning and internationally acclaimed artist.  His work has been exhibited nationally and internationally in several major solo and group shows, most recently: Seduced by Art, National Gallery, UK, A Palace for Us, Serpentine Gallery, UK; Another Story, Photography from the Moderna Museet Sweden; British Photography, Krakow, Poland; Tears of Eros, The Museo Thyssen-Bornemisza, Madrid, Spain; Theatres of the Real, Fotomuseum, Antwerp.

Tom has earned several awards during his career, most recently an Honorary Fellowship from the University College Falmouth (2012).  He has an Honorary Doctorate of the Arts from the University of East London (2011), for his work documenting the lives of the people of East London.  He was awarded Honorary Fellow of the Royal Photographic Society in 2010.  He is a Professor of Photography at the London College of Communication, University of the Arts London.