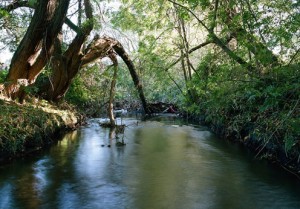 Running alongside the Walk On exhibition this spring, David Rowan’s new body of work navigates the course of Birmingham’s River Rea through a series of moving pictures. Taking inspiration from Roy Fisher’s poem Birmingham River, The Dark River continues Rowan’s long term photographic and film interest in the city’s waterways, and builds upon his recent photographic series Pacha Kuti Ten.

The Dark River is part of Flatpack Festival, Birmingham’s annual film jamboree which takes place across the city from 20 to 30 Mar 2014. See www.flatpackfestival.org.uk for further information.