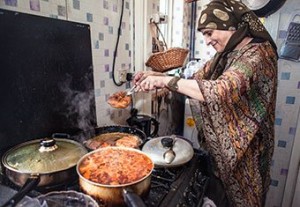 As a British Yemeni born and raised in England, Sonia Audhali’s photographs exhibit not only an image of one nation and its culture integrating with another, but also a trace of autobiography.

Audhali’s identity as both British and Yemeni instinctively influences her approach to capturing a dual heritage of which there is little in the way of published and public evidence in the UK.