OUR CITY – Some Cities @ The Photographers’ Wall

OUR CITY – Some Cities @ The Photographers’ Wall 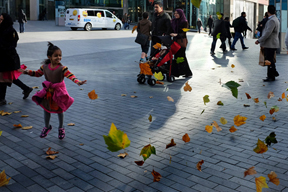 Exhibition open daily on the Mezzanine Level of Library of Birmingham

Some Cities is a social project, a participatory photography project, that invites photographers of all abilities to share their images of Birmingham, with the world, via a dedicated online platform www.some-cities.org.uk.

The Some Cities project has been much acclaimed.  Driven by an ambition to see Birmingham become one of the UK’s centres of photography, the initiative has seen the creation of an extensive interactive digital archive, via user-submitted content, that charts and chronicles life within the city.

Some Cities, through exhibitions, public talks, bursaries, workshops and sharing events; is working with partners across the creative, cultural, academic and voluntary sectors in order to help create opportunities for everyone to engage with photography and contribute to the archive of their city.