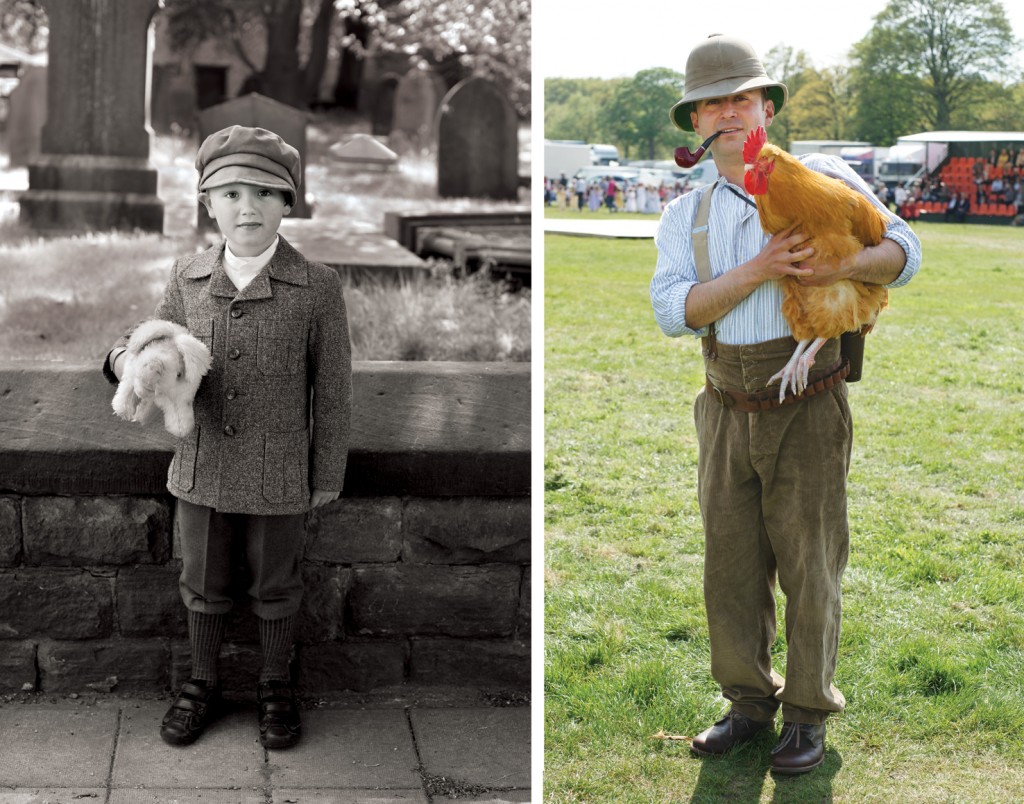 Artist Faye Claridge uses archives, folklore and reminiscence to imagine our past relationships and our current sense of national and personal identity. In 2012 she started an artists’ residency at the Library of Birmingham, exploring the Sir Benjamin Stone Collection of over 22,000 photographs amassed by the Birmingham MP and noted amateur photographer (1838-1914).

Stone’s obsession was to “record history with the camera” for future generations. Claridge’s work questions how we can approach such an ambition today and her work asks how our sense of self, geography, community and time can be formed through the celebration of real and imagined customs.

From the residency Claridge has produced three new projects, the most prominent of which is Kern Baby, a giant corn dolly and photographic event. The finished work is a five meter-high version of a harvest figure originally photographed by Stone in 1901. Currently installed in the grounds at Compton Verney until December 2015, Kern Baby then moves to the Library of Birmingham in May 2016.

Claridge also followed in Stone’s footsteps to Cheshire and Warwickshire, making a series of photographs, The Children Of The Choosing, from Knutsford Royal May Day and A Child For Sacrifice from work with the Marton Museum of Country Bygones. Some of this work is still in progress and will be seen at the library in 2016.

After the research residency at the Library of Birmingham, supported by Turning Point West Midlands, Claridge secured funding from Arts Council England and the Heritage Lottery Fund to continue her Stone-inspired work.

To coincide with the exhibition at Compton Verney, work from these three projects are presented in a series of vitrines on Floor 2 of Library of Birmingham from the 13th March – the 29th May 2015.