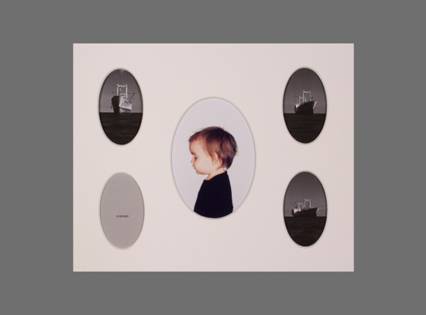 ALBUM 31 is a collaborative project by artists Sophy Rickett and Bettina von Zwehl commissioned by GRAIN at the Library of Birmingham.

The first outcome, which is made up of 10 Album Pages, is exhibited at Library of Birmingham, third floor space

The original starting point for the project was the Sir Benjamin Stone Collection, an extensive archive of albums and boxes of loose images collected by the Victorian photographer, and held by the Library of Birmingham.  One of the albums, Album 31 is labelled ‘miscellaneous and contains the images Stone wanted to keep, but that didn’t ‘fit’ into any of the other albums. Images were collated apparently at random, as if the ‘rules’ that applied to the rest of the collection were temporarily waived, so that subject matters, processes, time frames and approaches co-exist, creating a kind of chaotic spontaneity full of poetry, humour, and also some darkness.

Bettina von Zwehl is a visual artist based in London known for her subtle, distinctive photographic portraits.  Her on going pre-occupation with the miniature, and its lesser-known C18th sub-genre, the eye miniature, was inspired during her six months as Artist in Residence at the Victoria & Albert Museum in 2011.  Her work has been exhibited widely in Europe and the USA.  Her photographs can be found in the collections of the Solomon R. Guggenheim Museum, The Victoria and Albert Museum and the Rubell Family Collection amongst others. Steidl and Photoworks have co-published her first monograph in 2007. She is represented in London by Purdy Hicks Gallery.

Sophy Rickett is a visual artist based in London.  Much of her recent photographic and video work has explored moments involving the encounter between people and nature.  She is interested in landscape, and particularly in combining a desire to experience the ‘sublime’ with a profound sense of loss.  He work has been exhibited widely; solo exhibitions include Kettle’s Yard, Cambridge; Chateau de Lichtenberg, Alsace; Arnolfini, Bristol; De La Warr Pavilion, Bexhill; Ffotogallery Cardiff. Her work is included in the public collections of the Pompidou in Paris, the Federal Reserve in Washington and the Government Art Collection in London to name a few.

For a review of the show by Anna Falcini at Photomonitor click here.

For Gemma Padley’s piece for the British Journal of Photography click here.